Accreditation Statement Vituity is accredited by the California Medical Association (CMA) to provide continuing medical education for physicians.
Credit Designation Vituity designates the internet enduring activity for a maximum of 0.25 AMA PRA Category 1 Credits™. Physicians should claim only the credit commensurate with the extent of their participation in the activity.
Disclosure No one in a position to control the content of this educational activity have any relevant financial relationships with ineligible entities to disclose.

What's Your Approach to Supervision?

A 52-year-old-male presented to the ER for R leg weakness starting 30 minutes prior to arrival. This patient had been previously seen in the ED multiple times for different complaints related to altered mental status, seizures, substance abuse, and being immunocompromised secondary to HIV. He was seen by the resident and a stroke alert was activated. He was afebrile with normal vital signs. His labs showed a leukocytosis of 13 and elevated INR of 2.0. After the CT brain was negative for any acute intracranial process, a lumbar puncture was attempted multiple times by the resident (and presumably the supervising physician) due to his persistent altered state to rule out meningitis. After several attempts were unsuccessful, there was an order for IR to perform the LP. Upon that attempt, the interventional radiologist immediately detected blood in the intradural space.

Two days later the patient was able to move all four extremities but had a significant strength decrease and limited movement of his right leg. An MRI brain showed bilateral subarachnoid hemorrhage. Days passed and the patient remained in the hospital. Two weeks after the onset of symptoms he developed complete inability to move both his lower extremities and had bowel incontinence. After a T and L-spine MRI, he was diagnosed with a thoracolumbar epidural abscess and hematoma and underwent laminectomy for evacuation. Eventually he was discharged to a rehab unit with the discharge diagnoses of bilateral lower extremity weakness, urinary retention, and probable clumping of the lumbar nerves. The patient alleges he continues to have significant disabilities and the physicians were sued.

Multiple defense experts were critical of the ED care. One opined it was not reasonable to do a lumbar puncture on a patient with an INR of 2.0. This expert felt an MRI of the brain should have been performed before deciding to proceed with a lumbar puncture; and, in the meantime, the patient could have been treated with antibiotics and antivirals (if meningitis was their concern) while methods were used to bring down the INR. Another expert explained there are no rules regarding a maximum INR for performing a spinal tap. Consideration of the INR in conjunction with the spinal tap is based on the physician’s clinical judgement. Yet, if the patient is anticoagulated for an "important condition," it may be reasonable to perform the LP without reversing the INR. An informed consent of the risks involved would need to be discussed. Discussion of risks were not documented anywhere in the record. This expert also said under this condition the LP should have been performed only by experienced physicians and, in this case, it would have been better to only attempt under fluoroscopic guidance. A third expert felt the LP was indicated because viral meningitis is in the differential when a patient is HIV-positive. But, this expert said she would have reversed the INR first. This expert also opined on causation stating it is likely the multiple blind LP attempts in the ED were the underlying cause of blood in the patient’s dura. 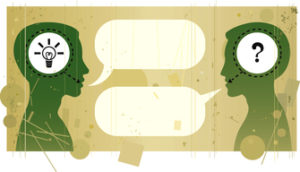 Click Here! to submit your answers to the questions below for CME credit as well as a chance to enter our quarterly VISA gift card raffle.

1. True or False: As an ED attending, if you supervise advanced providers or residents, you should take time to review test orders and results. You should have clear supervision guidelines in place.

2. LP is a relatively safe procedure, but minor and major complications can occur even when good technique is used. These include:

3. True or False: When a patient has mental capacity, an informed consent discussion of the risks, benefits, and alternatives related to an invasive procedure needs to be documented in the patient’s medical record.

4. We are unaware of any significant clinical studies that have systematically examined interventions to reduce the risk of bleeding following an LP based upon the degree of thrombocytopenia or clotting study abnormalities. Therefore:

5. Why is supervision important?

Click here to submit your quiz question answers for CME credit as well as a chance to enter our quarterly VISA gift card raffle.

Relias Media: TNever even saw the patient? You still might be liable, if supervising
UpToDate: Lumbar puncture: Technique, indications, contraindications, and complications in adults